Saliva test for the diagnosis of endometriosis: a major breakthrough for women’s health

“A better detection of the disease”: this is one of the main focuses of the French national strategy to fight endometriosis, wich implementation was announced on January 11, 2022 by Emmanuel Macron.

Most women suffering from endometriosis are going through a long period of medical wandering (8 years on average), during which they undergo numerous appointments, tests and examinations before a diagnosis is made, most often requiring a surgery.

A global innovation can now allow them to avoid this obstacle course. A French team of endometriosis experts and artificial intelligence engineers has developed a diagnostic test based on the sequencing of microRNAs present in saliva.

This simple, non-invasive salivary test, called Ziwig Endotest®, has been validated by the largest clinical trial ever conducted in this field. It allows the early detection of all forms of endometriosis, even the most complex, with a reliability close to 100%.

It should revolutionize the diagnosis and management of the disease, and constitute in the near future a major breakthrough for women’s health.

Our work has been published in several scientific journals:

Infertility is a major concern for patients suffering from endometriosis. In this study we identified a set of miRNA biomarkers using next-generation sequencing (NGS), and developed a saliva-based miRNA signature of infertility among patients with endometriosis.

This publication describes in detail the NGS process and the bioinformatics analysis that allows the link between these salivary biomarkers and their clinical relevance.

This study demonstrates the reproducibility of the detection method (Next Generation Sequencing) of microRNA biomarkers in 200 plasma samples obtained from patients diagnosed with suspected endometriosis. 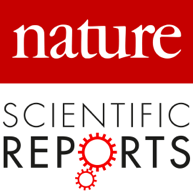 This study reports on 200 plasma samples obtained from patients diagnosed with suspected endometriosis:

These diagnostic performances are superior to the tools used in current practice for diagnosis such as surgery, questionnaires, CA125 assay, and imaging tests (pelvic MRI, pelvic ultrasound).

This study reports on 200 patients diagnosed with suspected endometriosis:

This study reports the link between the detection of microRNAs in the blood and the main signaling pathways that explain the development of this pathology. More precisely, in 200 plasma samples obtained from patients diagnosed with suspected endometriosis, it is reported that (i) Next Generation Sequencing allows the detection of more than 2600 miRNA biomarkers, (ii) all biomarkers were analyzed to evaluate their relevance or link with endometriosis. The analysis of the differential expression of some miRNAs allows the discovery of new signaling pathways involved in the physiopathology of endometriosis opening new horizons in the understanding of this pathology and potential new therapies.

Symptom questionnaires have been used for many years as one of the diagnostic tools for endometriosis. Surrey’s literature review demonstrates the poor relevance of these tools related to methodology.

In this study, an artificial intelligence algorithm based on 16 clinical features or symptoms of a patient is evaluated for the diagnosis and screening of endometriosis. This algorithm exhibits diagnostic characteristics such as sensitivity and relevance above 80% exceeding the performance of conventional questionnaires.

These data suggest that this artificial intelligence algorithm can be a promising screening tool for general practitioners, gynecologists, and other primary care practitioners.

Its introduction in this context of diagnostic wandering represents a paradigm shift in clinical practice. In addition, this patient-based screening tool allows patients with endometriosis to self-identify potential symptoms and engage in a dialogue with physicians about diagnosis and treatment, thereby contributing to shared decision making.

Pain and infertility at the forefront

Endometriosis affects 10% of women of childbearing age in France, being 1.5 to 2.5 million women. It potentially concerns all menstruating women and can appear as early as adolescence.

This disease is characterized by the presence of endometrium (mucous membranes lining the inside of the uterus) outside the uterine cavity, in various organs: ovaries, vagina, rectum, bladder, intestines, lungs… At the time of menstruation, these endometrial fragments found in abnormal locations cannot be removed (3).

The disease can also be completely asymptomatic. In this case, it is usually discovered by chance during a consultation motivated by difficulties to conceive a child. UA significant proportion of patients with endometriosis also suffer from infertility. 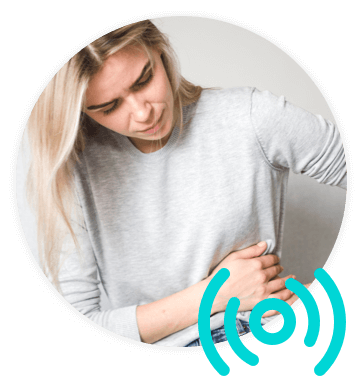 Worsening of symptoms over time

In about one third of cases (especially in superficial forms), endometriosis can stagnate or even regress, either with treatment or on a spontaneous way. But more often, the symptoms, including pain, get worse over time.

The persistence of pain favors the phenomenon of hypersensitivity: the pain perception level decreases, resulting in the evolution of the pain towards chronicity. .

Hypersensitivity is favored by the remanence of pain over time and in turn reinforces the evolution of the pain towards chronicity. 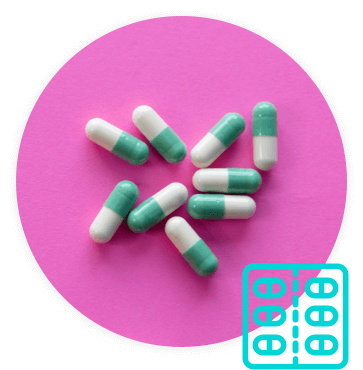 Treatments targeting the pain of symptoms

Today, there is no treatment that can cure endometriosis. Beyond the analgesic treatment adapted to each patient, hormonal treatments, which are based on the use of estrogen-progestin contraceptives or continuous progestins, aim to block the occurrence of periods. This background treatment prevents recurrence and the development of new lesions. These treatments can also call upon, in second intention, drugs (Gn-RH agonists, anti-androgens) which put the patient in a state of transitory menopause. These treatments may lead to hot flashes, mood disordes, weight gain…, but an add-back therapy (pill given at the same time) most often avoids these side effects (6).

Surgical treatment is considered when medical treatments are insufficient to relieve the pain. Its goal is to remove endometriosis lesions and correct anatomical abnormalities caused by the disease, including adhesions that reduce organ mobility. The procedure is most often performed by laparoscopy (6).

A major impact on personal and social life

Endometriosis is the cause of a significant deterioration in quality of life.. The pain is responsible for sleep disorders which induce chronic fatigue and psychological disorders (irritability, depression…), causing deterioration in family and social relationships. This in turn leads to a deterioration in family and social relationships. Sexuality is altered, often with major repercussions on the couple. Infertility and uncertainties related to the MAP process also have an important impact (3).

Average annual cost of endometriosis is € 9579 per woman, with an average of 33 days of sick leave per year. The overall societal cost of the disease is estimated at 10.6 billion euros in France (7,8). 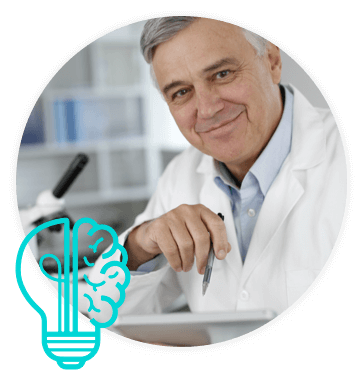 The need of a non-invasive diagnostic test

The laparoscopy is now considered as the reference examination for the diagnosis of endometriosis (10). It is nevertheless an invasive procedure that must be performed under general anesthesia and may, like any surgical procedure, be accompanied by intra- or post-operative complications.

The development of a non-invasive diagnostic test for endometriosis has therefore been a major medical need for many years. More than a hundred potential biomarkers (angiogenesis factors, growth factors, hormonal, immune and inflammatory markers, etc.) have been evaluated over the past decades (10).

Among these biomarkers, a new class of molecules discovered in 2000, microRNAs, has emerged as a promising option, supported by a growing number of evidence from studies on cancer and degenerative disorders (11,12).

A global innovation based on 2 breakthrough technologies

High-throughput sequencing or massively parallel sequencing, or next-generation sequencing (NGS), which allows the simultaneous acquisition of data on millions of DNA or RNA fragments.

Artificial intelligence (associated with machine learning), which allows the analysis of the very large volume of data generated by high-throughput sequencing.

A revolution in the care of endometriosis

Beyond diagnosis, it is the entire management of endometriosis that should be improved by the arrival of Ziwig’s Endotest®.

Allowing the slowing down or even stopping of the worsening of pain (by reducing the risk of hypersensitivity) and other symptoms, optimizing the care of infertility and limiting the deterioration in the quality of life of patients.

Ziwig Endotest® makes diagnostic laparoscopy obsolete and should help avoid unnecessary surgery, especially for patients with symptoms similar to endometriosis but who do not have the disease.

Ziwig Endotest® is CE marked. Its provision to patients is currently the subject of consultation with the French health authorities, with a view to its inclusion in the care pathway and its possible reimbursement by the health insurance system.

Ziwig Endotest® saliva test should reduce the average time to diagnosis from 8 years to a few days.

It should, in the long term, allow a significant reduction in the medico-social cost of the disease and contribute to health democracy by allowing all patients, including those living in medical deserts, to benefit from a reliable, early and non-invasive diagnosis.

Our ambition to make progress in endometriosis research and treatment in order to change the way of understanding this disabling disease which affects so many women all over the world, would never have succeeded without all the women and men who have believed in our project.

They fought alongside us to make this innovation possible and to win this cause.  On behalf of all those who will benefit from our innovative approach, we say thank you! 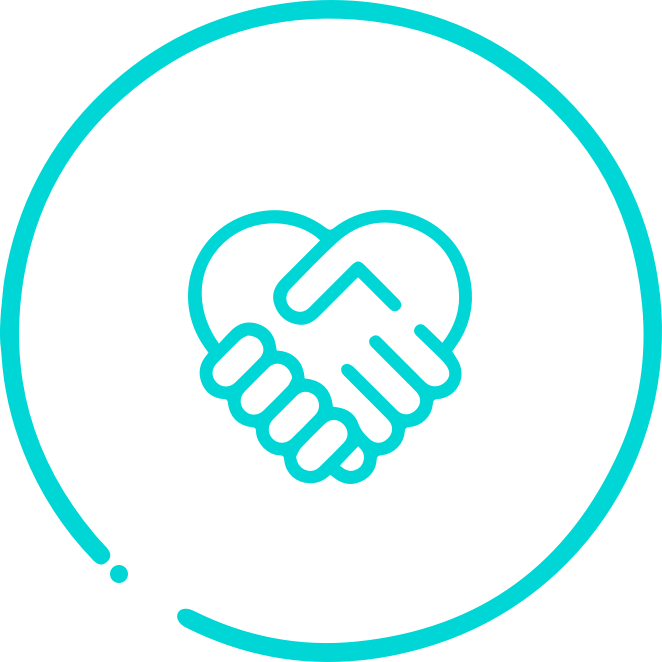 This page is exclusively intended for healthcare professionals.

Close Menu
We use cookies. They allow us to track your online journey. By clicking on "Accept", you agree to this use.
Cookies settingsAccept
Manage